Address:
Bacteriology
Control of gene expression and the structure of the bacterial chromosome 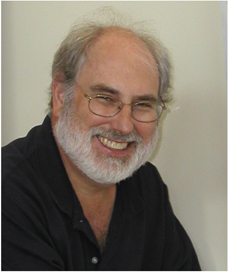 Research Description:
We study fundamental issues in the molecular biology of gene expression in bacteria using biochemical, genetic, structural, and microscopy approaches. At present, we are focused primarily on the mechanism of transcription initiation, the architecture of transcription complexes, the relationship between structure and function of RNA polymerase (RNAP), and the mechanisms by which the transcription apparatus responds to signals from inside and outside of the cell. We have studied the control of ribosome synthesis in Escherichia coli, because this is so central to cell function, because rRNA promoters account for the majority of transcription in the cell, and because the genes for rRNA and other parts of the translation machinery display a fascinating and complex network of regulatory responses. In recent years we have discovered that the factors responsible for controlling rRNA synthesis also regulate hundreds of other genes, and we have begun to study the regulation of many of those genes as well. Current projects in the lab include studies on (i) the conformational changes in the promoter-RNAP complex that account for the tremendous variation in activity that occurs in response to differences in natural promoter sequences, (ii) the transcription factors ppGpp and DksA and their interactions with RNAP responsible for transcription regulation, and (iii) a transcription factor that facilitates RNA polymerase assembly. In addition, using tools of cell biology including fluorescence microscopy, we have discovered that bacteria contain nucleolus-like structures; i.e. rRNA operons come together in space even though the rRNA genes are spread out over 180 degrees of the circular E. coli chromosome. We are now exploring the factors that are responsible for these long-range interactions and their contributions to chromosome folding.