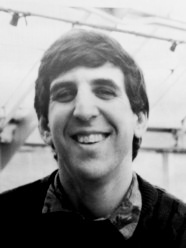 Research Description:
My laboratory is studying early events in the perception and transduction of chemical signals at the plasma membrane of eukaryotes. These studies are mainly focused on the model higher plant, Arabidopsis thaliana, and we are using a variety of genomic technologies to achieve this goal. Although plant physiologists have been studying hormones and other chemical growth regulators for many decades, only recently has any new information been obtained on the molecular identity of the receptors and early signal transducing partners that they interact with. For example, of the five ‘classical’ plant hormones: auxins, abscisic acid, gibberellic acid cytokinins, and ethylene, for only the last two is the receptor identity known, and this information was derived within the last half dozen years using Arabidopsis. Remarkably, a simple ratio of the concentration of auxin and cytokinin in a nutrient medium determines whether a group of undifferentiated plant cells forms a root or shoot, but very little is known about the signal transduction events that mediate this process. Our goal is to use the latest genomic technologies to obtain the identity for the receptors for all of the hormones, as well as to obtain an understanding of the molecular nature of the early events that occur after the hormone is bound to the receptor.

We are dedicated to using (and in some cases, in developing) state-of-the-art genomic technologies to understand how the plant plasma membrane functions. With the completion of the Arabidopsis genome sequence, we now have the opportunity to start with actual sequences rather than phenotypes or bands on gels. For example, before the genome was sequenced, the main genetic approach was classical ‘forward’ genetics, in which a population of plants is mutagenized and then screened for plants that show an abnormal phenotype. My lab has been instrumental in developing an alternative approach, called ‘reverse genetics’, whereby we first isolate a plant in which the normal function of one particular gene has been destroyed (these are called ‘knockouts’) and then we ask the question, how does the absence of that gene product affect the growth of the plant? An interesting observation that has been made with these knockouts is that the vast majority show no clear phenotypic difference from wildtype, grown under standard laboratory conditions. We believe that one reason for this is that there is a large amount of redundancy in the plant genome; i.e., most genes are present in families that encode similar proteins of overlapping function. Hence, it is necessary to isolate double and triple and quadruple knockouts; i.e., all of the genes within a particular family have to be knocked out to obtain a robust phenotype. My lab is actively pursuing this approach, focusing on specific enzymes that are key to hormone perception and ion transport in the plasma membrane, including potassium channels, proton pumps, calcium-activated protein kinases, G protein coupled receptors, and a new family of hormone receptors that act similarly like animal tyrosine receptor kinases, but transfer a phosphate to histidine and aspartyl residues rather than tyrosines. Once activated, these histidine kinase receptors seem to interact with the well-known animal-type of MAPKKK’s, and thus, the remaining parts of the kinase cascade in plants and animals are possibly very similar.

Over the past five years, my laboratory has been actively collaborating with the laboratory of a physicist, Professor Franco Cerrina, Director of the Center for Nanotechnology and a member of the Department of Computer and Electrical Engineering. One result from this work has been the development of a maskless DNA array synthesizer. This benchtop machine allows one to make a microscope slide containing 786,000 different oligonucleotides in only two hours. Unlike the Affymetrix photolithography technology, this machine replaces the expensive and cumbersome physical masks with ‘virtual masks’ using a digital micromirror array, and allows one to make a different set of high density oligonucleotide arrays ‘on the fly’ every day. This machine eliminates all of the cloning and gridding that spotted arrays require. In a more recent collaboration with Prof. Cerrina and Prof. Peter Belshaw (a member of the Dept. of Chemistry and the Dept. of Biochemistry), we are now developing a means of eluting the oligonucleotides from the glass surface, and ligating them into complete genes.

Another recent technological advance in my laboratory is the development of a two-dimensional HPLC-electrospray ionization/tandem mass spectrometry approach to Arabidopsis proteomics. Using newly purchased ESI-QTOF and ion trap mass spectrometers, we are applying high throughput proteomic techniques to analyze the protein content and phosphorylation status of individual proteins in complex samples (e.g., cytoplasm or plasma membranes isolated from different knockout mutants of Arabidopsis thaliana). The overall goal of this project is to understand the molecular nature of the phosphorylation cascades that operate in Arabidopsis thaliana.

There are ca. 1,000 protein kinases encoded in the plant genome, and for only a dozen is anything known about the ligands or substrates that they interact with. In order to obtain an understanding of what these proteins are doing, we are expressing and purifying them in heterologous systems, and then after mixing with fractions derived from crude cytoplasm, using mass spectrometers, we are attempting to determine the molecular structure of the proteins and small molecule ligands that they interact with. In conclusion, by analogy to the use of knockouts as a form of ‘reverse’ genetics, by starting with purified proteins of unknown catalytic or regulatory activity, we are working backwards, using ‘reverse biochemistry’ to understand the molecular mechanisms that underpin eukaryotic signal transduction.