Address:
Neurological Surgery
The role of epigenetics in human health and disease processes, particularly in relation to the origins of mental illness. 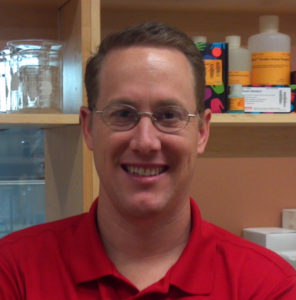 Research Description:
My research focuses on the role of epigenetics in human health and disease processes. Epigenetics (e.g., DNA methylation) can be influenced by exposure to environmental factors and may result in altered gene expression. The growing number of human diseases that result when there is a disruption in this epigenetic information emphasizes the importance of DNA methylation. My laboratory utilizes an innovative interdisciplinary combination of brain imaging and state-of-the-art molecular genetic methods to investigate molecular contributions to developmental brain disorders (e.g., autism, schizophrenia, depression, and anxiety). Family, twin, and epidemiological studies suggest a polygenetic and epistatic susceptibility model involving the interaction of many genes; however, the etiology of these disorders is likely to be complex and include both epigenetic and environmental factors. Defining the molecular origins of developmental brain disorders is critical at this time because there is a substantial need to identify and characterize the neuromolecular substrates contributing to their onset. This need stems from the fact that most adult neuropsychiatric disorders emerge early in life but are commonly unrecognized and untreated. Without a clear understanding of their etiologies and pathophysiology, current treatments are not optimal, resulting in a failure to effectively treat childhood symptoms and leading to a greater functional disability because of cumulative damage.

In my laboratory, we extensively utilize rodent and non-human primate models to study the temporal and spatial changes of DNA methylation throughout neurodevelopment and due to prenatal/early life stimulus. These approaches identify the molecular mechanisms in mammals that contribute to early life identifiers of chronic neuropsychiatric disorders. For example, we recently utilized an established model of an anxious temperament phenotype in rhesus monkeys to find candidate genes that are linked to the development of anxiety and depressive disorders. This approach represents a critical step toward developing novel childhood interventions designed to reduce suffering and prevent the risk of developing psychiatric disorders. However, these data clearly warrant a deeper, multi-tissue, investigation of DNA methylation marks associated with fear responses, especially in light of the recent discovery of 5-hydroxymethylcytosine (5hmC), a novel environmentally sensitive DNA modification that is highly enriched in post-mitotic neurons and is associated with active transcription of neuronal genes. Recently, I was awarded the 2015 Hartwell Individual Biomedical Research Award to employ an innovative combination of anxious behavioral phenotype, neuroimaging, and genome-wide methylation (5mC and 5hmC) and gene expression data from the same monkey to identify the following: 1) the independent contributions of 5mC and 5hmC to the anxious temperament phenotype; 2) consistent methylation marks linked to anxious temperament in both brain and blood tissues; and 3) the ability of blood-based markers to predict anxiety levels in children. Together, these studies will identify potentially modifiable molecular substrates (e.g., methylation marks) that can be used to powerfully characterize children with early-life symptoms, such as an anxious temperament, and ultimately devise personalized treatments for those at high risk of developing full-blown anxiety and depressive disorders.

Aside from this work, we recently profiled the genome-wide distribution of striatal 5hmC in an autism mouse model (i.e., a Cntnap2-/- homozygote) that exhibits core autism features, including deficits in striatal GABAergic signaling. Remarkably, Cntnap2-/- homozygous mice exhibit a genome-wide disruption of 5hmC in the orthologs of an extraordinary number of genes implicated in human autism (N=68/233). Thus, these data suggest a role for 5hmC-mediated epigenetic modulation in the pathogenesis of autism and represent a critical step toward understanding the genome-wide molecular consequences of a homozygous mutation that results in an autism-like phenotype. Notably, Cntnap2+/- heterozygous mice lack autistic-like features. Since 5hmC levels are environmentally sensitive, we next hypothesized that Cntnap2+/- heterozygous mice subjected to an early environmental stress would have disruptions in 5hmC and may exhibit autistic-like behaviors similar to the Cntnap2-/- homozygous mice. To test this hypothesis, beginning at embryonic day 12 (E12), we subjected Cntnap2+/- heterozygous mice to seven days of variable prenatal stress and subsequently examined a variety of adult behaviors, including anxiety, depression, and sociability. Unlike wild-type littermates, prenatally stressed female Cntnap2+/- heterozygous mice exhibited autistic-like social deficits. In addition, genomic profiling revealed disruptions in 5hmC throughout the striatal genome, which were similar to those seen in Cntnap2-/- homozygous mice. Finally, integration of the above data with striatal gene expression data revealed that differential hydroxymethylation correlated with altered transcript levels of genes shown to contribute to the deficits in GABAergic signaling and social behavior of the Cntnap2-/- homozygous mouse (e.g., GABA receptors and Oxytocin). Thus, these data demonstrate that gene by environment interactions lead to deficits in social interactions and suggest that 5hmC levels likely contribute to this outcome. Here, we will: 1) define the functional role of 5hmC in prenatal stress-induced social deficits; 2) determine the temporal contributions of 5hmC to gender-specific susceptibilities in developmental brain disorders; and 3) elucidate the individual contribution of oxytocin in prenatal stress-induced social deficits. These findings will identify stress-related molecular targets in the brain that are influenced by environmentally sensitive epigenetic mechanisms, which may be involved in the etiology of developmental brain disorders.

Relatedly, we are examining the role for DNA methylation in environmentally-induced psychopathy that ultimately could be targeted to prevent individuals from developing full-blown anxiety and depressive disorders. Here, DNA methylation profiles are intended to serve as a conceptual basis that will facilitate the future study of cellular and regional dynamics of DNA methylation, especially as it relates to stress and stress recovery. Recently, we generated the first genome-wide map of 5hmC in the mouse hippocampus following an acute stress, which revealed known and potentially novel genes contributing to the stress pathway. These findings establish a role for 5hmC in acute stress and provide insights into the immediate genome-wide neuromolecular response to traumatic events.

Finally, we recently examined the methylation of 27,578 CpG dinucleotides in peripheral blood DNA from a cross-sectional study of 398 boys, aged 3–17 yr, and found significant age-associated changes in DNA methylation at 2,078 loci. Meta-analysis (N = 1,158) with two adult populations reveals that despite a significant overlap of age-associated loci, most methylation changes do not follow a lifelong linear pattern due to a threefold to fourfold higher rate of change in children compared with adults; consequently, the vast majority of changes are more accurately modeled as a function of logarithmic age. We therefore concluded that age-related DNA methylation changes in peripheral blood occur more rapidly during childhood and are imperfectly accounted for by statistical corrections that are linear in age, further suggesting that future DNA methylation studies should be matched closely for age. In a recently funded ADRC proposal we will build on these concepts by using the WRAP cohort to investigate methylation that correlates with chronologic age in the same individuals over time, and to correlate trajectories of normal and accelerated cognitive aging with trajectories of DNA methylation age. The potentially modifiable molecular substrates (e.g., methylation marks) identified herein may then be used to powerfully characterize adults with early-life signs and symptoms, such as cognitive decline, and ultimately to devise personalized treatments for those at high risk of developing progressive late onset Alzheimer’s disease.
Together research from my lab is timely and has the extraordinary potential to revolutionize the way that we think about the elusive etiology of psychiatric disorders, which will help to bridge the gap between basic and clinical research in the field of psychiatry.