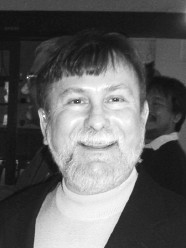 Research Description:
P Elements are transposons that inhabit the chromosomes of Drosophila melanogaster. These elements are thought to have appeared in the species only within the last century, and spread world-wide in the span of only a few decades. They are commonly used by Drosophila geneticists for manipulating the Drospohila genome. We are interested in how P elements transpose, how their mobility is regulated, and what happens to the genome as a result of their activity. We are also interested in population and evolutionary questions related to P elements. We use an equal mixture of molecular techniques and classical genetics methods to approach these questions. A new technical advance from our lab is the use of P elements to generate flanking deletions around P insertions through male recombination. Much of our current work is focused on the fate of the double-strand DNA gap that is left behind when P elements are excised. We find these gaps are repaired by copying in homologous DNA from elsewhere in the genome. We have used this process to perform gene replacement at a site close to a P element insertion and to determine the distribution of conversion tracts. This finding is also useful for studying the more general problems of recombination and DNA gap repair in Drosophila. For example, we are currently exploring the process by which the broken DNA ends search the genome for a homologous template. We find that there is a powerful cis preference for template sites.