Address:
Anatomy
My laboratory's focus is development and disorders of the visual system using the mouse as the model system 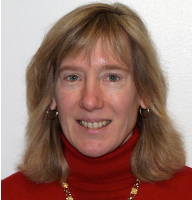 Research Description:
Cell adhesion and polarity are vital to the growth and differentiation of epithelial tissues and to maintaining their long-term integrity. We are interested in understanding the molecular and genetic pathways that are responsible for establishing and maintaining epithelial identity during development and how disruptions in these pathways contribute to disease. In particular, we have focused our efforts on determining the molecular pathways that regulate the development of various epithelial tissues of the mouse eye. The mouse eye offers a number of advantages for study. It is nonessential for animal viability and accessible yet the properties of the epithelial tissues in this organ reflect the properties of epithelia throughout the organism. We use a variety of genetic, molecular, cell biological and embryological techniques and transgenic and knockout mice.

In invertebrates such as Drosophila melanogaster members of the PDZ (PSD95/Dlg/ZO-1) family such as dlg and scrib regulate cell adhesion, polarity and proliferation. A major emphasis at the present time in the Griep lab is to understand how the mouse homologs of these two genes, contribute to eye development. Our recent analysis suggests that Dlg-1 and Scrib may regulate lens cell growth and differentiation in part by affecting cell adhesion complexes and their associated signaling cascades. Furthermore, at least Scrib is required to maintain epithelial identity and both Dlg-1 and Scrib may affect planar cell polarity in the lens, a newly identified property of the lens that is thought to be essential for lens cell differentiation. Current and future work will continue to explore the specific roles of these proteins in mouse development and to uncover the mechanistic connection between growth factor receptor signaling, cell adhesion, polarity and cell cycle control, in the regulation of lens cell proliferation and differentiation.