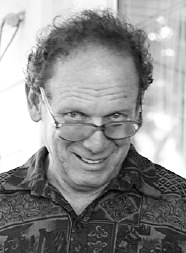 Outreach specialist who began his career as a potato geneticist and then became interested in promoting the influence of genetics in many areas of education and public affairs. Played a crucial role in the establishment of the training program for genetic counselors and in the establishment of  the Statewide Genetic Services Network. Paid special attention to serving the Native American population of the state. Promoted public education about fetal alcohol syndrome. Founded the Wisconsin Teacher Enhancement Program in Biology, which has provided educational opportunities for high school and middle school teachers throughout the state. Has played an active role in shaping public priorities for community services and citizen education on genetics and healthcare.

Kessel, R, 1972. Production and use of inter and intraspecific aneuploids in the genus Solanwn. PhD Thesis, University of Wisconsin, Madison, pp 302.

Kessel, R, 1973. Testing self-compatibility of potato trisomics for the association of the S-locus with a specific chromosome. Incompatibility Newsletter 2:40-41.

Kessel, R and PR Rowe, 1974. The inheritance of two qualitative traits and a proposed genetic map for their linkage group in diploid potatoes. Potato Research 17:283-295.