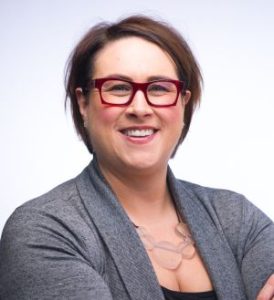 The midbody is a unique structure assembled at the end of mitosis. After the chromosomes separate in anaphase, the acto-myosin ring constricts the antiparallel microtubules known as the central spindle into an intercellular bridge. The 1-2um midbody (MB) occupies the center of the bridge, and has a core of electron-dense material (in electron micrographs) called the MB matrix coating the region of microtubule overlap. The matrix has an unusual property in that it is impenetrable to antibodies such as anti-tubulin, and thus has been called the ‘dark zone’. A surprising finding was that abscission does not pinch directly through the center of this ‘dark zone’, but bilaterally flanking this region, releasing the MB as an extracellular vesicle (midbody remnant or MBR) containing the matrix. It is striking that the midbody resembles an extracellular vesicle, vehicles once thought to be involved in selective elimination of cellular debris, but are now appreciated as critical mediators of intercellular communication. The functional importance of post-mitotic MBR signaling is now established, but central questions remain: Is MBR signaling a fundamental and generalizable mode of intercellular communication? What is the mechanism(s) of informational transfer? Does the mysterious MB matrix play a role in post-mitotic signaling function? ​ Midbody dysregulation in cancer and neurodegenerative diseases. The midbody has long been considered a vestigial ‘garbage can’ of the cell, and research focus as a potential target for therapeutics has accordingly been lacking. Despite this history, mutations in several critical midbody proteins have been linked to diseases including MARCH syndrome, Hodgkin’s Lymphoma, Spinocerebellar ataxia type 2, microcephaly, glioma, lung cancer, and breast cancer—all having phenotypes associated with abnormal cytokinesis, ranging from bi-nucleate cells, abscission defects or over-proliferation. The variety of pathologies are vast and include ovarian and testicular hypoplasia/fertility associated with microcephaly; tumors of glia, lung or breast cancer; bi-nucleate neurons, cerebellar hypoplasia, hydranencephaly as seen in MARCH syndrome; and importantly, progressive neurodegeneration with pathologic aggregation of RNA granules as seen in several neurodegenerative diseases.

Search PubMed for a publications by Ahna Skop